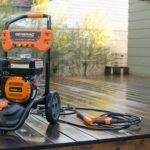 Despite washers having many uses, the most common use known to many individuals is its use during assembly, especially when nuts and bolts are involved. In this post, we will discuss some of the common applications of washers, so let us dive into it! There are washers designed uniquely to prevent the nut, and in some instances, the bolt, from coming lose. These washers are better known as lock washers. Lock washers come in a variety of designs that include; star type, slip ring, and wavy among many other designs. In cases where a lock washer is used, it is often placed on the assembly side that is more likely to move during fastening, in this case, the nut. When used on the bolt side, the lock washer is placed under the bolt’s head.

There are instances where a washer is used for protective purposes. In these instances, the washer is used to protect the surfaces of parts being assembled. During the tightening process of an assembly, a nut or bolt being tightened can at times mar or leave damage around the hole. To mitigate this, a washer is used to take the abuse while protecting the surface that would have been otherwise damaged from friction. The use of Flat washers for this purpose is applicable when using parts made of soft material such as aluminum, plastic, and at times brass. A washer made of harder material is used in such a process.

There are times when thin materials are part of an assembly process. In these instances, a washer of larger diameter is used to aid in pressure distribution of the tight bolt onto the surface of the thin material. In this illustration, the washer helps the thin material flatter by preventing it from being disfigured while also preventing the fastener from pulling out.

Most assemblies have either slotted or oversize holes on one side. The assemblies are designed like this to provide tolerance in the hole, plus the location being assembled. In instances where this design is not used, you will spot a variation of the initial design. The variation would be a long-slotted hole that allows an individual to adjust one part relative to the other before the tightening of the nut and bolt. In this case, a washer is used over the slotted hole. This allows the pressure of the bolt being tightened to be spread across the slot unto the part itself. In some cases, the washer will help prevent the turning nut or bolt head from disfiguring the slotted part while tightening takes place. While washers can be used for specific purposes, many times they will be used in roles that combine the above functions. A good example is the use of a lock washer being used alongside a larger diameter washer.

Be the first to comment on "Various Washer Applications and Uses"