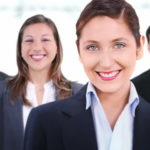 Even though science tries to make research peptides sound like an overwhelming concept, it can be broken down into easier to understand language. Research peptides are essentially just peptides that are used in scientific research. In recent years, peptides have become recognized as an effective approach to selective therapies. They are considered to be very safe and easily tolerated by research subjects and patients alike.

What is a Peptide?

Peptides are one of the most fundamental components of any cell. They are responsible for various biological functions and work alongside proteins to ensure proper cell function. They not only keep the cell functioning, but they are also responsible for regulating the actions of other molecules inside of the cell. A peptide is structurally similar to a protein and they are composed of amino acid chains. Peptides are made inside the body. They can also be made synthetically in a laboratory setting.

Difference Between Natural and Synthetic Peptides

Difference Between Peptides and Proteins

The primary factor that differentiates peptides from proteins is their size. A Peptide contains 50 or fewer amino acids. A polypeptide is a long strand of amino acids that form what is known as a peptide chain. A protein is composed of these peptides that are biologically designed to function in a specific way.

The Future of Research Peptides

While peptides are currently being used primarily for research purposes, they have great potential in the future of medical applications. But more research and testing is necessary before they can be fully incorporated. However, with the research available you can already buy research peptides.

The Difference Between Research Peptides and Medicine

While they are still considered research peptides, there are over 60 medications that are peptide-based available today. Not only have these medications showed great scientific promise, but their clinical trials were also successful enough to receive FDA approval. Research peptides have shown a lot of promise in treating various diseases and disorders that develop in the human body. Even though they are still being researched to determine their full potential, their promise is thought to expand exponentially over the next decade. It is also thought that they can easily be incorporated into medicine to increase the benefit of to patients and allow them to build a stronger immune system to prevent future health problems.

Be the first to comment on "Importance of Research Peptides"